Difference between revisions of "Veemon"

Veemon is a Dragon Digimon whose name and design are derived from the letter "V". It is a new species of Digimon that was discovered recently. As a survivor of a species that flourished in the Genesis of the Digital World, it is able to perform "Armor Digivolution", a "pseudo-digivolution" using the Digi-Eggs. Among others, Veemon is an excellent Combat Species, as it possesses hidden power, and demonstrates tremendous abilities by Armor Digivolving. Although it has a mischievous, prank-loving personality, it has another side with a strong sense of justice. 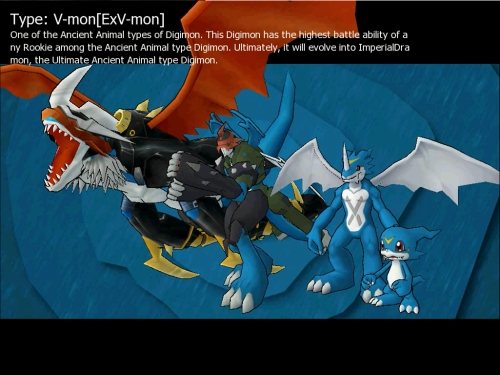 Veemons are ancient, fantastical Digimon which are said to live on the Folder Continent even in the vast Digital World. Their final evolutionary stage is UlforceVeedramon. 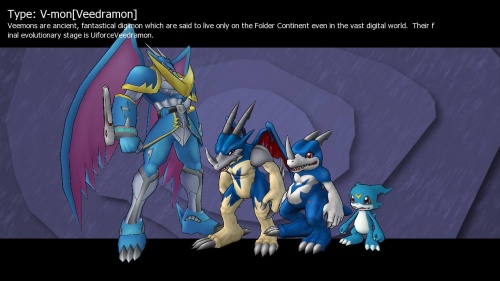