BlackAgumon is a Reptile Digimon. It has grown up and become able to walk on two legs, and has an appearance like a tiny dinosaur. Because it is still on the way to adulthood, its power is low, but as its personality is quite ferocious, it doesn't understand fear. It has grown hard, sharp claws on its hands and feet, and demonstrates its power in battle. It is also a being that foretells digivolution to a great and powerful Digimon.

BlackAgumon was added to Korean Digimon Masters on February 5, 2013.

BlackAgumon was added as a Mercenary Digimon to gDMO with the March 12th, 2013 (More Powerful Agumon Appears!!!) patch.

This Agumon's wild instincts have been awakened. Now, the Digimon has evolved into a virus. While the aggressive nature is still intact, its heart of justice is close to nil. This Digimon makes surprise attacks on its enemies with the sharp claws. Ultimately, it will evolve into WarGreymon (Black). 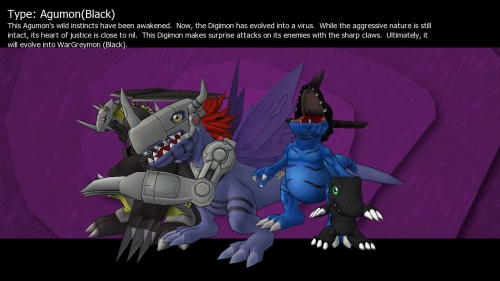 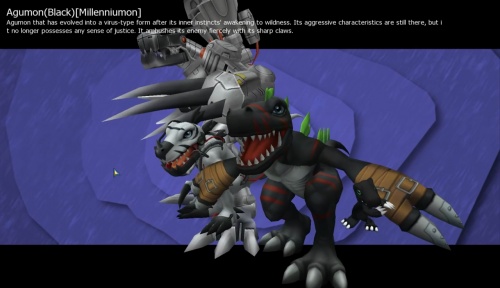 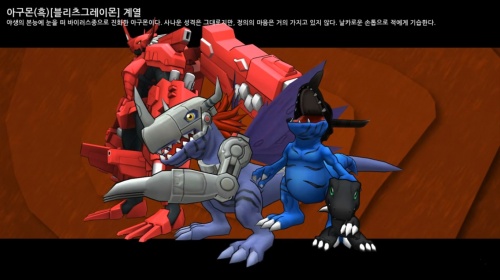