Ogudomon is a grotesque Super Demon Lord who has seven legs and eyes, as well as an eighth eye. As it includes the whole of the Digital World's sins, and moreover, is a mysterious personification with the ability to atone for them all, the power of a Digimon with even a small amount of malice is counterbalanced, and it is impossible for it to defeat Ogudomon. 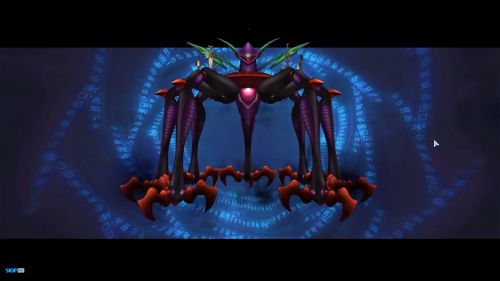