Kotemon is a Rookie Level Reptile Digimon. He is in training to become a swordsman. He is silent, and refuses to remove the guard on his face, so no one knows what he really looks like. His name comes from the Japanese kote, which means the fencing gloves (gauntlet) in kendo and his mask is a men, another item used in kendo.

Note: This mercenary Digimon is droppable only in

Gladimon This reptilian digimon continually trains to master the art of swordsmanship. A digimon of few words, it seldom takes off its armor and its original form is shrouded in mystery. Its final stage of evolution is LordKnightmon. 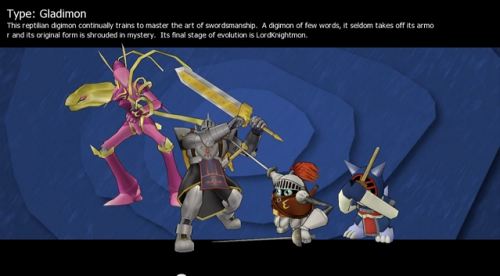 A digimon that aims to become the greatest swordsman in the digimon world. It is quiet but works hard to train itself in secret places. Its real appearance is hidden as it never takes off its protective gear. Has a strong sense of justice, and ultimately evolves into a Zanbamon. 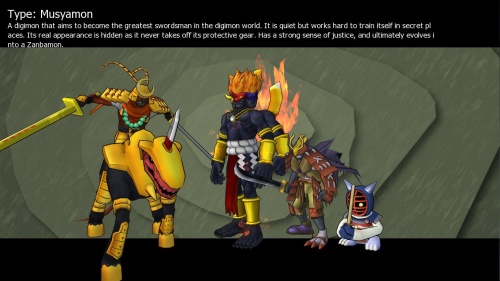