"User Interface of the Deck System"

This is the Deck System's UI: 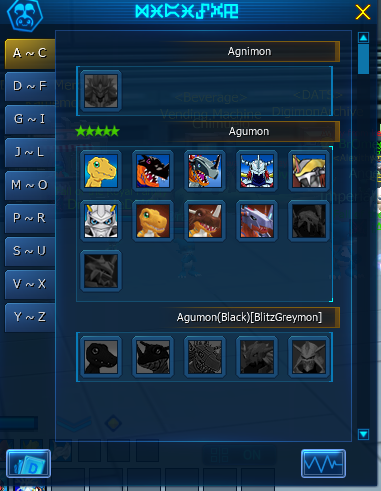 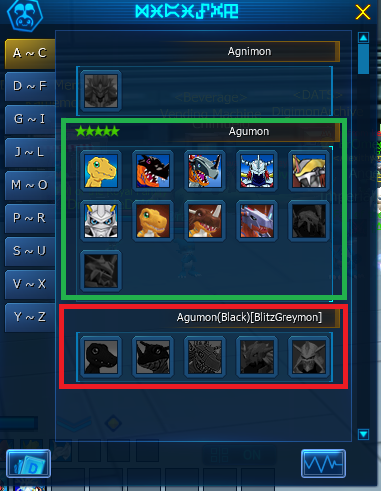 According to the scale of Digimon and Clon Level, you can get some “Stars” 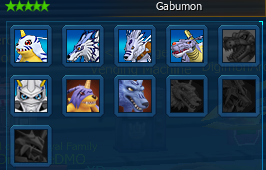 The Stars' color will be changed according to your Digimon's Size. (%)

The Stars' number will be changed according to your Digimon's Clon Level. 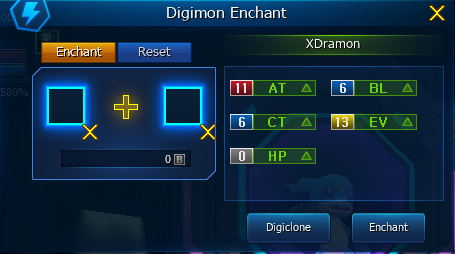 You can check the statics of your owned Digimon. 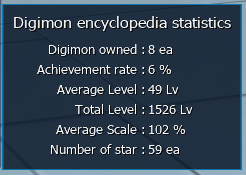 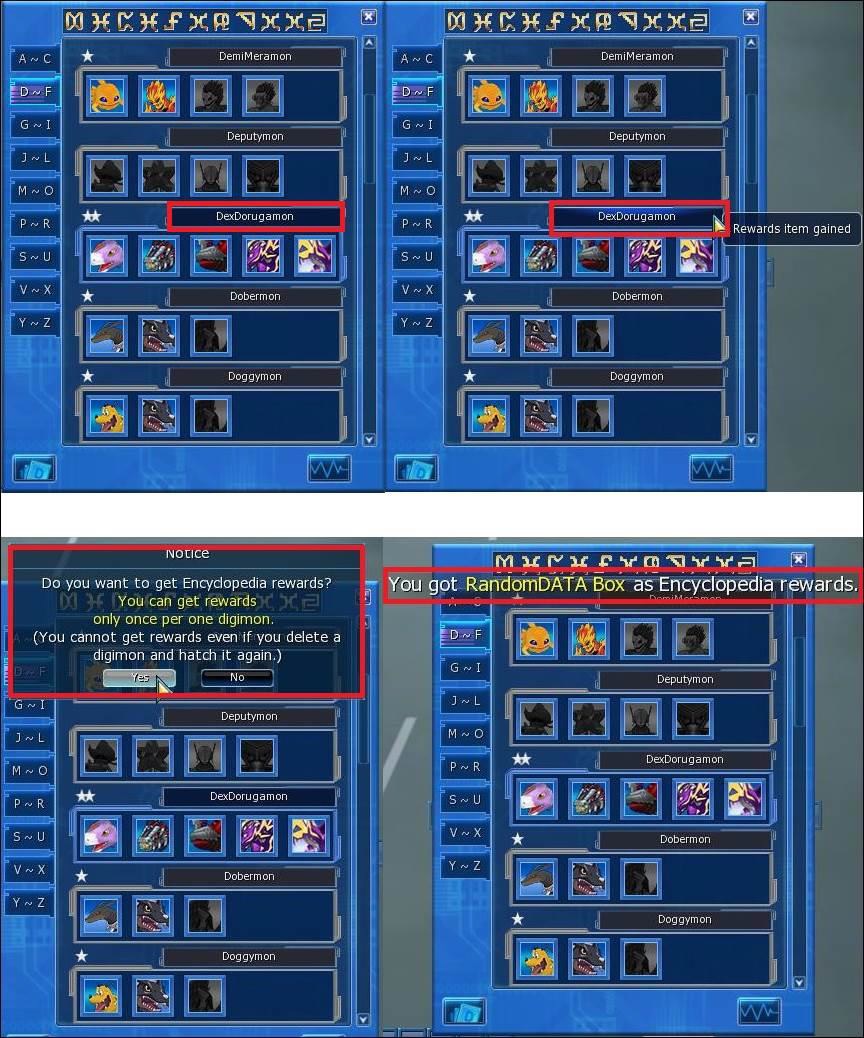 As you unlock specific Digimon, different Deck Buffs will be available to you.

Note: You can only have one Deck Buff active at one time!

For example, if I hatched all Four Holy Beasts, (Azulongmon,Ebonwumon, Zhuqiaomon and Baihumon), I can have a certain effect as below:: 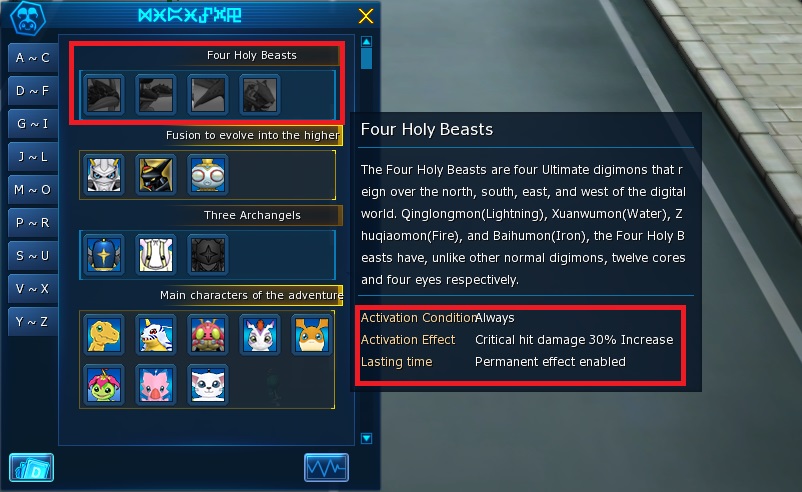 Note: The deck buffs that directly influence your stats number will be incorporated into your base stats. This means that every other buff will be stacked on top of the deck buff.
(For instance, using a +15% HP deck buff on a Digimon with 10,000 base HP will raise the HP value to 11,500. If you activate a 50% HP buff item on top of this, you will gain 5,750 HP instead of 5,000.)

Fusion to evolve into the higher

Note: The reset does not work on skills that have the cooldown of 30 seconds or higher.

Main characters of the adventure

Ego of the Darkness